The Supreme Court has made two important rulings covering twitter, Facebook and libel.  They affect how large a group of viewers needs to be and what words mean on twitter.  One is good for the claimant: the other is good for the defence.

A woman published a tweet to her ex-husband’s new partner that he had tried to kill her.  It was published to 21 people who had access.  A further 110 people could see it.  But it was still published despite the small numbers.

Lesson one: Even small numbers of people on social media can mean it was sufficiently published.  This is good for the claimant as only small numbers are needed to prove publication.

She said her ex-husband had tried to kill her.  He had grasped her by the throat.  It had left her with red marks on her throat two hours afterwards.  The Supreme Court said that people would read this as an assault on her.

The ruling said: “It is wrong to engage in elaborate analysis of a tweet; it is likewise unwise to parse a Facebook posting for its theoretically or logically deducible meaning.

“The imperative is to ascertain how a typical reader would interpret the message.”

Lesson two: Social media is hastily read and readers should not clinically dissect words.  This is good for the defence as formal interpretations of words on social media are likely to fail. 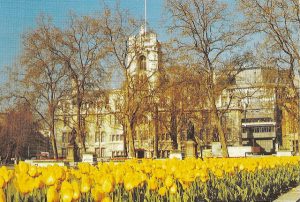 Many of our users identify trainer feedback as the most valuable element of our courses.  They love the one-to-one attention provided and the “luxury” of having an expert review their work, providing specific guidance and tips.

We always recommend including this option as part of your e-learning programme.